I first moved to the Miami area in 2000 to work with the endangered Cape Sable Seaside Sparrow (CSSS) on several long-term demographic studies. These projects have now become a part of Ecostudies Institute’s (ESI) work on bird conservation in south Florida, and Dr. Tom Virzi and I have since joined the ESI team. Previously, I worked as a seasonal field biologist throughout the 1990’s and I became associated with Dr. Frank Moore’s migration ecology lab at the University of Southern Mississippi. As I worked on several of his projects along the Gulf Coast I became fascinated with the drama of long-distance songbird migration.

The CSSS fieldwork runs from March through early August, leaving me free to pursue this side interest in migration during the fall. I was curious how fall migration played out in my new home (more on what we discovered in another post soon!) and quickly made the acquaintance of Robin Diaz, one of the most knowledgeable local birders with a natural instinct for data collection; and Elizabeth Golden, the biologist at Bill Baggs Cape Florida State Park for over two decades.  Together we founded the Cape Florida Banding Station in 2002 to monitor passerine migration in south Florida. This area is underrepresented as most of the migration work has been done along the Gulf Coast and the majority of banding stations are along the Eastern seaboard or Great Lakes regions. 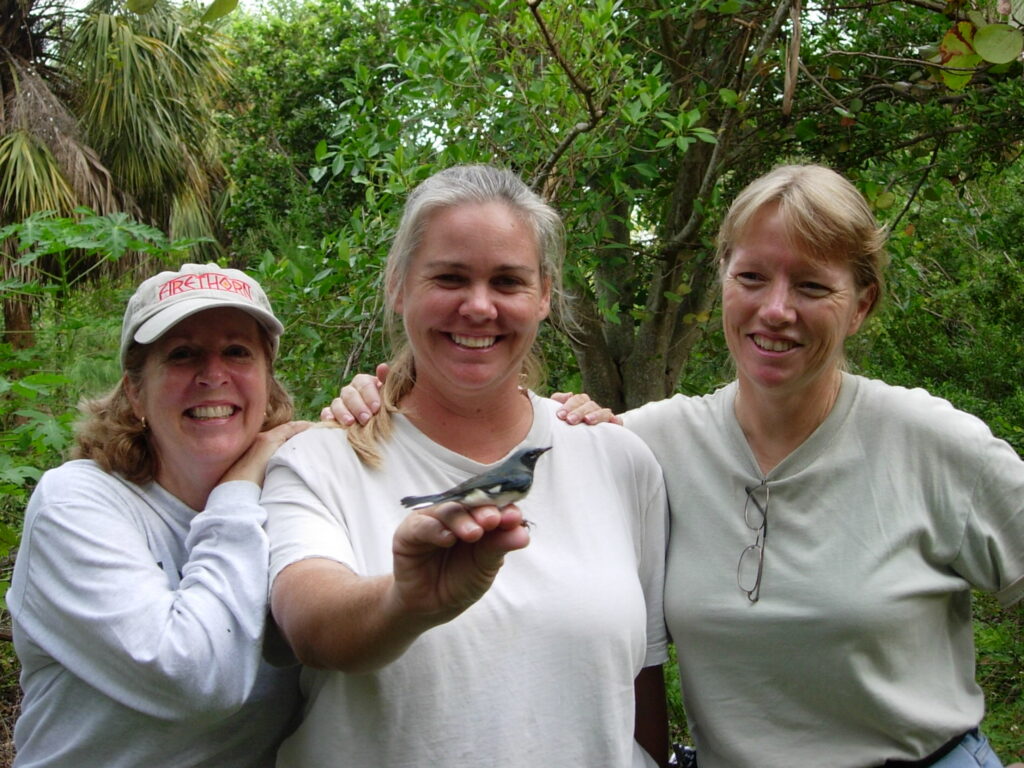 I brought to the table passion and banding experience, and within a year of brainstorming with Robin and Liz I was able to obtain a federal Master Banding permit and we were on our way, with a generous donation of used nets from Dr Moore’s lab. The CFBS first opened on Oct 5, 2002, with 23 birds banded of 10 species on that day using 10 nets. Now, in our 14th season, we have banded over 28,000 birds of 109 species.

Extracting Gray catbirds from the nets. Photo by Robin Diaz

The Cape Florida Banding Station’s objectives are multiple: first and foremost we are a long-term monitoring station collecting data on migrating landbirds using standard protocols; we train volunteers in these protocols (citizen science in the true sense of the phrase); and we also do some education. Data collected at CFBS has already been used to help defend the natural areas of the Park from a proposed land grab by the nearby community who was searching for open areas for athletic facilities and the like. The CFBS welcomes collaborations with researchers on migration, stopover, or urban ecology questions for whom our location and dataset may be relevant. 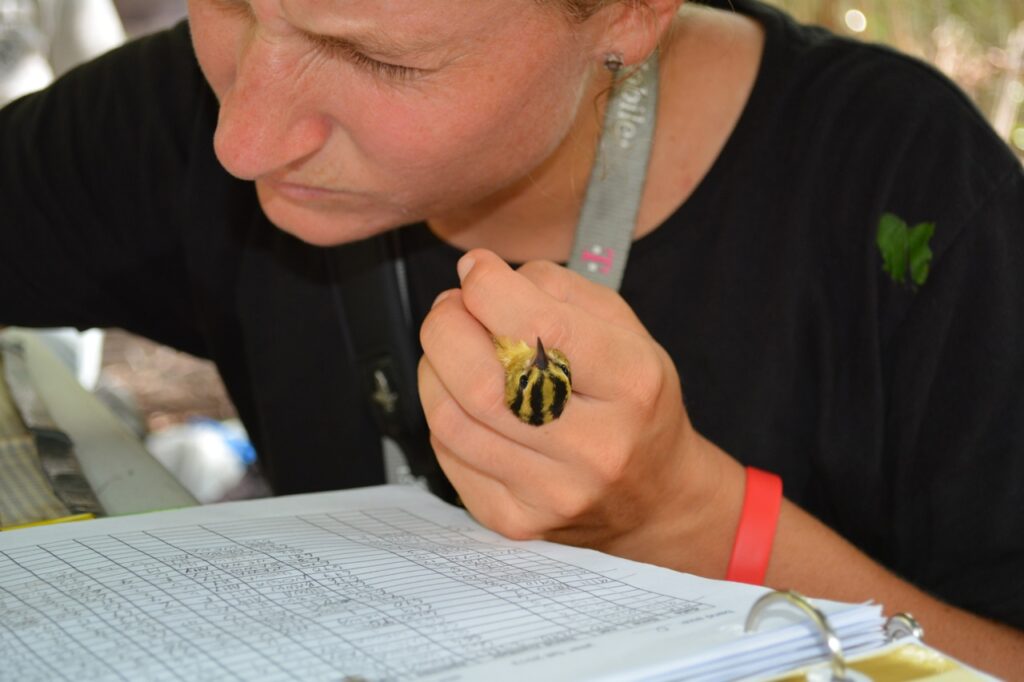 A Red-eyed vireo ready for release. Photo by Mario Porcelli