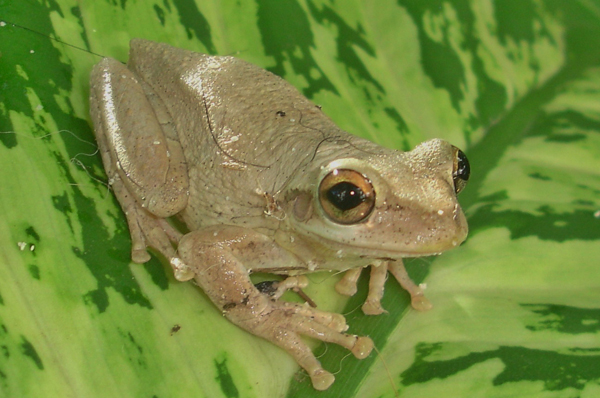 Cuckoos are unique in the bird world in many ways; one is that they have a unique diet, specializing on large-bodied insects, such as katydids, butterflies, and caterpillars. Birds spend a large proportion of their day foraging, and food availability plays an important role in their survival and how successful they are nesting. Mangrove Cuckoos will bounce from tree to tree along the upper level of the canopy searching for food. At times, they remain still for long periods of time, twisting their head at awkward angles in order to perceive their food. Once they find a prey item, the strike quickly, grabbing the katydid or pulling the caterpillar from the limb or foliage. Once they have the prey in their bills, they strike it against the tree to render it weak. After swallowing the prey, they swipe their bill on a nearby branch to clean off any “leftovers.” 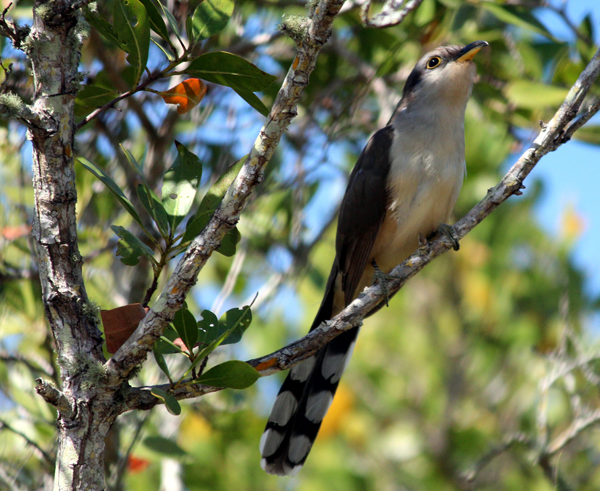 Over the last two weeks, we have observed several of our radio-tagged cuckoos foraging with other cuckoos, signaling to us that they may be pairing up. It has been amazing to watch how these birds communicate when they are observed together. They softy call and cluck as if they are letting each other know where they are.
While recently tracking radio tagged cuckoo 872, we observed the most interesting foraging event to date. The bird moved from tree to tree searching for food, intermittently stopping for short periods of time to preen. Suddenly, 872 flew across the road, and within thirty seconds we heard a loud squeaking coming from the forest. When we investigated 872 sat with a Cuban tree frog in its mouth. The frog, which is an invasive exotic species, was larger than 872’s head. Our doubt that 872 could consume such a large prey vanished, as 872 gulped it down in less than 3 seconds. 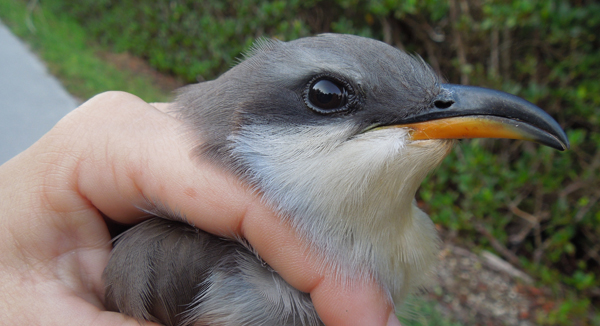 There are several records noting that cuckoos eat lizards and frogs. However, this is the first time Ecostudies has documented a Mangrove Cuckoo eating a frog. Mangrove Cuckoos are incredibly hard to find, follow, and observe because of their elusive nature and the habitat they live in. As a result, ornithologists have very limited information on their natural history. One of the many benefits to radio-tagging and tracking cuckoos, in addition to learning about seasonal movements, is that we also discover and contribute basic information about the Mangrove Cuckoo’s natural history.