In 2013, Ecostudies conducted a pilot study that implemented the first ever standardized marsh bird surveys in Everglades National Park. Secretive marsh birds are among the most inconspicuous group of birds in North America, in part, because they inhabit emergent wetlands characterized by dense vegetation and they vocalize infrequently.

In Everglades, this group of birds had never been adequately surveyed by any previous sampling effort. Like other wildlife in the region dependent on wetlands, they undoubtedly have been impacted by wetland alteration. However, they also appear vulnerable to new threats, most notably through direct predation by pythons. Rails and their close relatives, which comprise the majority of marsh bird diversity, are consumed by pythons more than any other bird group. Results from this study provided the first description of the abundance and distribution of marsh birds in Everglades National Park and recommendations for develop a long-term monitoring plan for this secretive group of birds in South Florida. 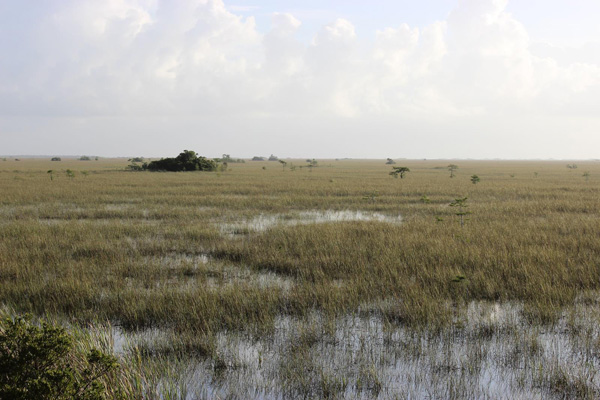 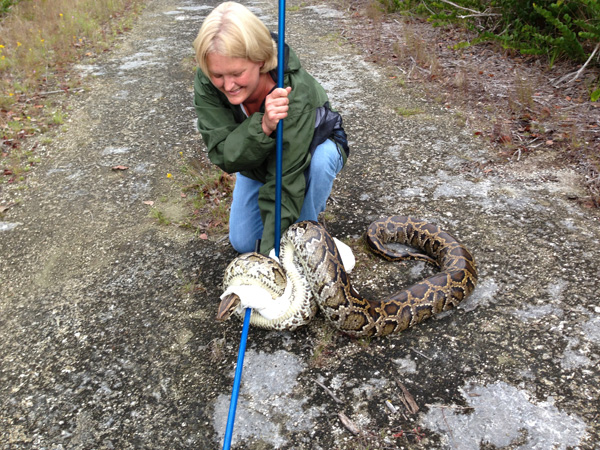 Ecostudies technician, Jeanette Parker, capturing a python on a marshbird transect. Marshbirds are consumed by pythons more than any other bird group.

A limpkin in an open wetland in Everglades National Park.