Ecostudies has been studying the ecology and life history of Mangrove Cuckoos (Coccyzus minor) at J. N. “Ding” Darling National Wildlife Refuge since 2012. Using miniature radio-transmitters, we are tracking individuals throughout the year so as to better understand their habitat requirements and seasonal movements. We track cuckoos on the ground, by boat, and from the air.

Answering these questions is important because our previous research showed that the species was uncommon in south Florida, the only place it occurs in the United States, and that populations in southwest Florida had declined significantly. Results from this work will help us develop strategies to conserve and protect this unique and mysterious species.

Unfortunately, our funding was not renewed for this project in 2016, and we were unable to find other sources of support. Project leaders are currently writing the final report and manuscripts. We want to thank all of the wonderful supporters of this project, both through the cuckoo sponsorship program and general outreach. The lessons learned and the connections made during this project have benefited cuckoos and their habitat. It is our hope that we can revitalize this program in the coming years with new sources of funding. 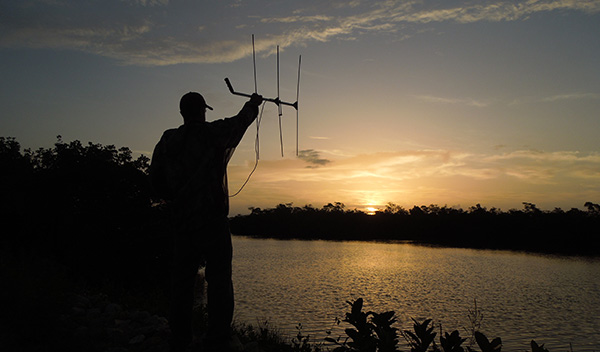