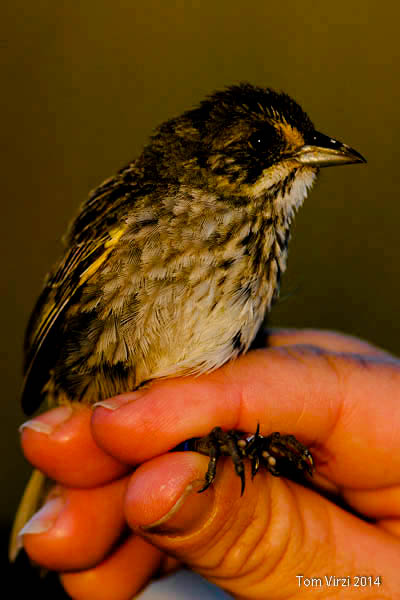 The Cape Sable seaside sparrow (Ammodramus maritimus mirabilis) is a federally-endangered subspecies of seaside sparrow with a distribution restricted to marl prairies found in the Florida Everglades. The subspecies’ limited distribution, small population size and threats to its habitat resulted in its listing under the Endangered Species Act in 1967.

Listen to the sparrow!

Cape Sable seaside sparrows occur in six remaining subpopulations in the Everglades. They are non-migratory spending their entire lives in densely-vegetated marl prairies, which are seasonally-flooded grasslands found only in the Everglades ecosystem. Like other Ammodramus sparrows, the Cape Sable seaside sparrow spends much of its time on the ground or low in the grass making detection difficult. Fortunately, during the breeding season male sparrows sing on exposed perches regularly in the early-morning making detection easier. 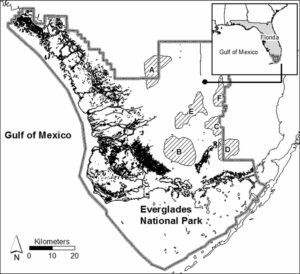 The Cape Sable seaside sparrow has been well-studied; however, much remains unknown about this elusive species. Recovery efforts are hampered by the lack of information on factors such as dispersal patterns, specific habitat requirements, and causes for recent population declines. Ongoing restoration of the Everglades ecosystem makes obtaining this information vital to aid recovery efforts.

< < RETURN BACK TO THE PROJECT PAGE