Fire is critical for the pine rockland and prairie habitat of Everglades National Park, but not always beneficial to the Cape Sable seaside sparrows or our work, so we were worried when we saw we saw “Prescribed Burn” and “Smoke Ahead” signs on two occasions when we drove into the park to conduct our field studies. 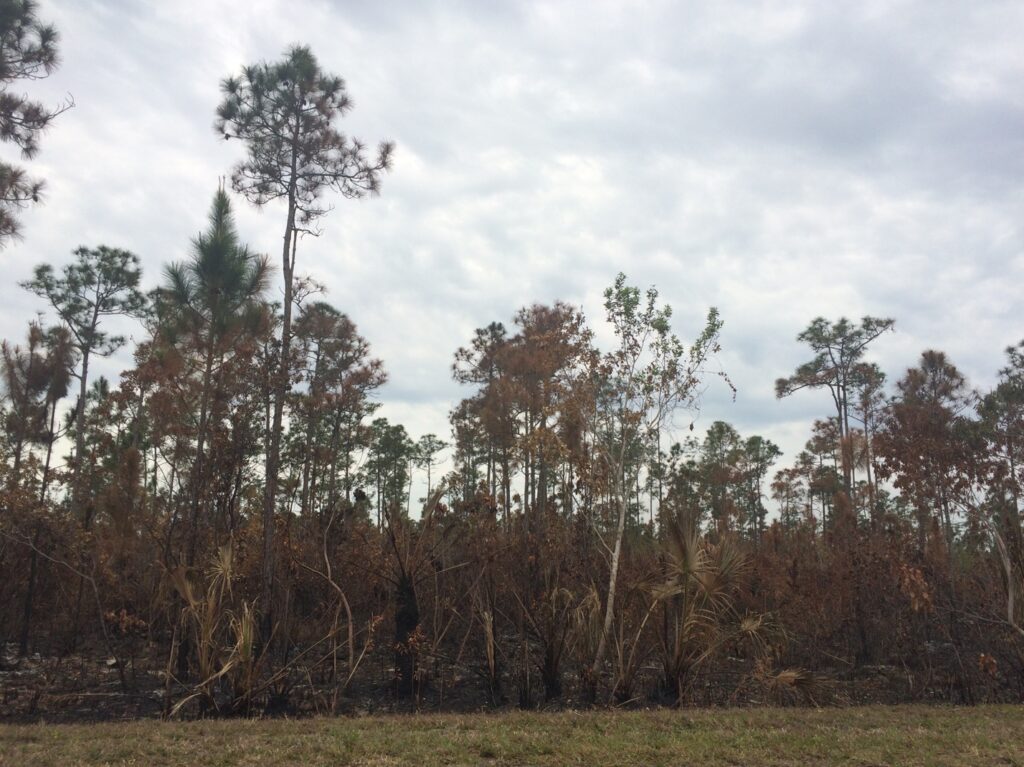 Pinelands are located on higher ground than the prairies the Cape Sable seaside sparrows’ (CSSS) habitat. They are dominated by South Florida (SF) slash pine (taller ones in the photo below), saw palmetto, and sable palm. The pineland habitat is part of an ecological succession, meaning it can change into another habitat, in this case hardwood hammock. Grasses and hardwood trees could start taking up too much space and shade out light for the saw palmettos and sable palms if fires did not occur. The SF slash pines have thick bark that does not burn easily. As you can see in the photo, their branches are located high up, and fire does not reach the needles. Fire will burn the hardwood trees, eliminating shade and allowing pine seeds to grow.

There are many animals that call this habitat home, including the Gopher tortoise, which is known to be a keystone species because it plays crucial role in ecosystem functions. You see, Gopher tortoises burrow in the ground, and its burrows are then used by over 350 species including burrowing owls, rabbits, opossums, snakes, frogs, and crickets for protection from fire. 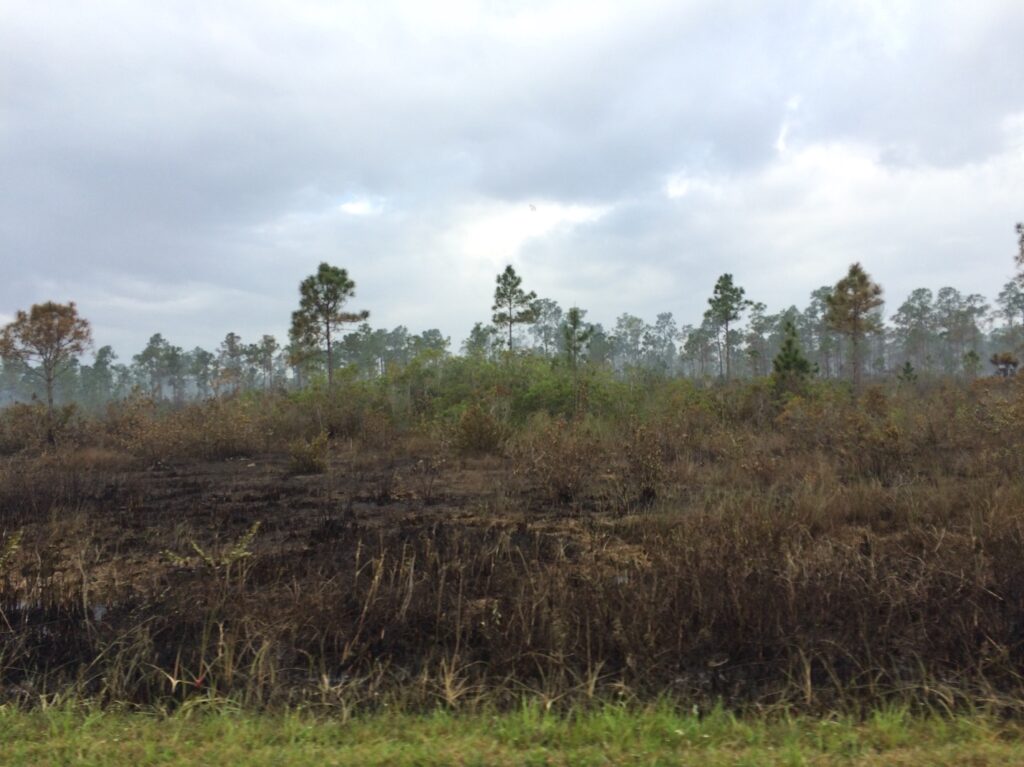 In the prairies, lightening may be the cause of fires. While prairie fire can improve the passage of water and create patterns of varied vegetation, it also reduces the amount of dead plant material. CSSS like to build their nests using dead plant material that is often eliminated when there is a fire—one reason fires don’t help this bird.

In 2001, an unexpected wildfire called the Lopez fire burned 3,410 ha in 15 days. My colleague, Michelle Davis, worked with David La Puma in studying the effects of this fire on CSSS and their habitat. They found that although the fire removes sparrows from the habitat for two years, afterwards the number of CSSS inhabiting the area goes back to the same number as before the fire. They caution that large and frequent fires will not benefit CSSS, and having 10 years between large and restricted fires would be best.

A couple days after we saw the “Prescribed Burn” signs, we found out Everglades National Park was closed because of a wildfire that began in the campground. We were worried about the CSSS habitat being affected. 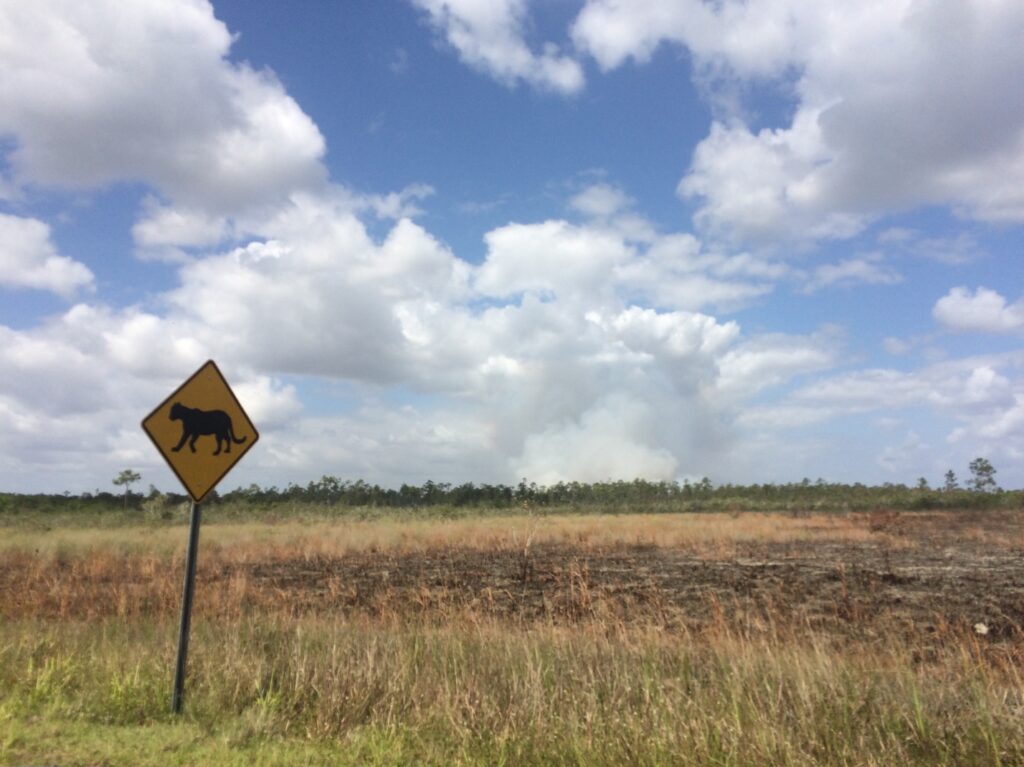 A few days after the park was closed, we were able to return to see the extent of the fire and smoke. We were thankful the fire did not reach the CSSS habitats, although we think the smoke might have. The prescribed burns had helped contain the wildfire because the fuel (hardwood trees and grass) had already been burned.

A big thanks to those in the Everglades Fire Management and the Fire Department who keep the park safe for its inhabitants and visitors. 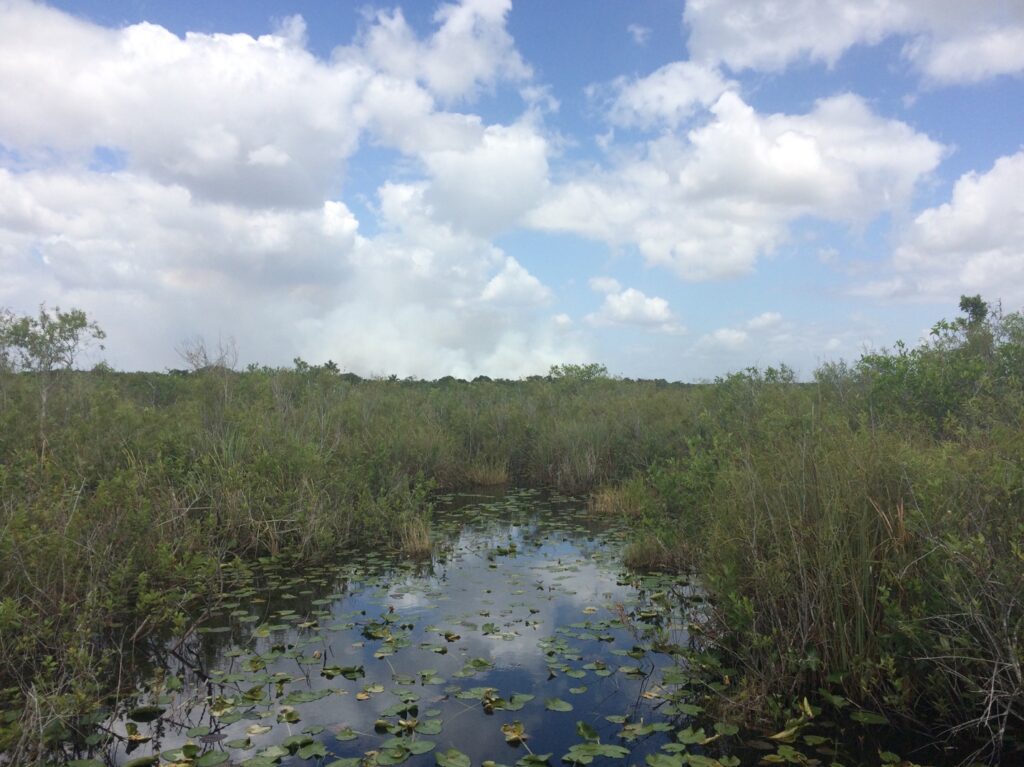